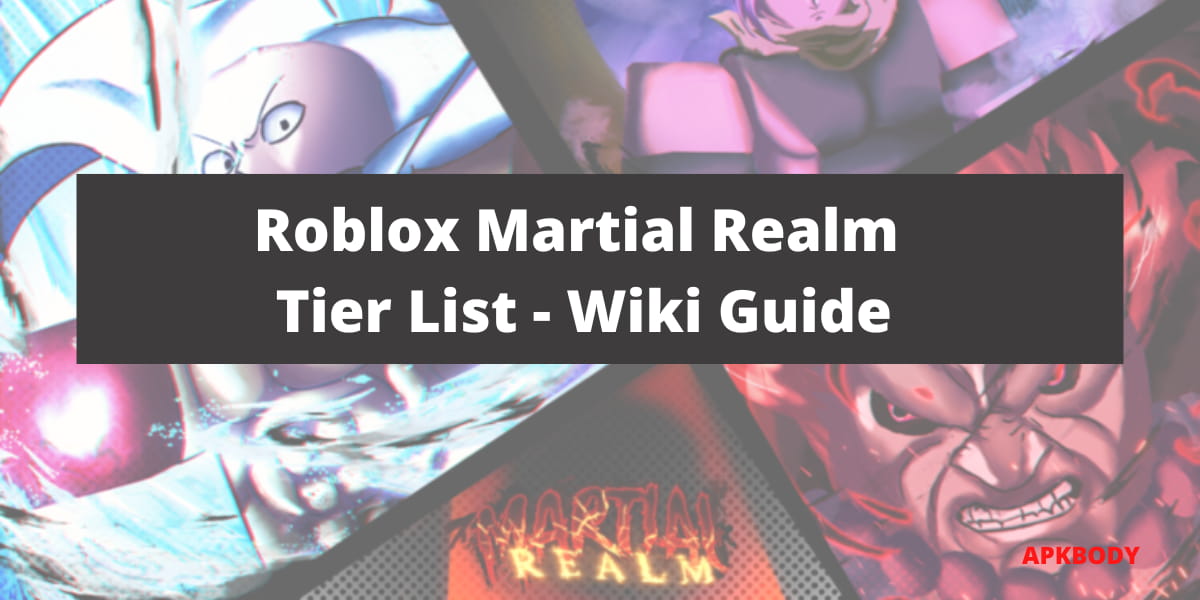 If you are a Roblox games lover and looking for the Roblox Martial Realm tier list for clans, then you are at the right place.

If you are a Roblox lover then also check the Roblox Pet Legacy Value list. It is an important list to explore the Roblox adventures. Roblox Martial Realm is accessible on platforms like PC, XBOX, Phone, and iPad.

Here is the clan’s tier list of Martial Realm.

Hanma clan obtains the Demon Back skill, which grants improved stats to the player for as long as it is active. Hanma clan also has a 1% Health, 10% Damage, and 10% Movement Speed bonus that is passive.

Significantly increases damage inflicted, but drains 1% of health each second while active. The cooldown time is 75 seconds. At least Adequate (2500) Strength and Below Par (1500) Focus are required.

Kure Clan now has Removal mode. Kure additionally has a 10% Health and 3% Damage bonus that is passive.

The Transcended Impulse mode is available to the Mika Clan. Mika clan also has a passive health and movement speed benefit of 20% and 15%, respectively.

Transcended Impulse: enables the player to evade assaults for a brief period before receiving a speed bonus for the duration of the mode. Cooldown of 30 seconds. Requires at least Meager (1200) Focus and Meager (1200) Speed, and the skill will be granted immediately if the prerequisite attributes are met.

Jin clan has a 5% Health, 10% Damage, and 10% Movement Speed bonus that is passive. When used while knocked down or at 10% health, Monkey Kings Memories restores half health. While the mode is active, give your stats a boost. Cooldown of 300 seconds. At the very least, getting somewhere (2000) Regularity and durability (1000) Focus.

The Valentine Clan acquires the ability Love Train. Valentine currently has no passive boosts. Love Train: Reflects all strikes back to the user, causing 1.5x the damage + your basic damage. When you are engaged, your movement speed is greatly reduced. The cooldown time is 60 seconds.

Illumi taught Death Claw (Zoldyck). If the adversary is not guarded, it is stunning and knocked back. When hit, there is a bleed effect that does damage over time. 15-second pause.

The Raijin clan has a distinctive dashing that teleports the player a short distance instead of the standard dash motion, however, it requires 50% more stamina than normal.

The dash color is determined by the color of your eyes. They also get the Raijin Senko ability. Raijin also possesses a 10% health, 6% damage, and 25% movement speed bonus that is passive.

The Dokja Clans acquires the Omniscient Viewer’s Perspective, which is represented by a massive book beyond them. Dokja also has a 10% health and 15% mobility speed boost that is passive. Omnipotent Reader’s Opinion: Allows the user to avoid assaults for a brief period of time. Focus improves the number of dodges. The cooldown time is 80 seconds. At least Average is required (1600) Inferiority and Focus (500) Strength.

Morrow clan has the Bungee Pull ability. Morrow currently has no latent boosts. Bungee Pull: Tries to pull the person who clicked on the skill towards you. Will not pull if the player is blocking, but will still go on cooldown. Requires How to Get Somewhere (2000) Ordinary and Focus (1000).

The Inumaki Clan gains two new abilities: Blast Away and Stop. Inumaki currently has no passive boosts. Blast Away: Knocks neighboring players back a long distance. Cooldown time of 50 seconds. When you attain Meager (1200) Focus, Getting Somewhere (1800) Strength, and Getting Somewhere (2000) Durability, you will get an automatic reward.

The Freecss clan receives access to Rage mode. Freecss currently has no passive boosts. Rage: Significantly increases the user’s damage and movement speed. While active, your health steadily depletes. The cooldown time is 60 seconds. At the very least, Getting Somewhere (2000) Concentration, Worthy (3000) Ordinary, and Durability (1000) Strength.

Hope you will achieve your targets after using our Martial Realm Guide. For more Roblox guides keep following apkbody. If you have any questions related to Martial Realm clans you can comment below.